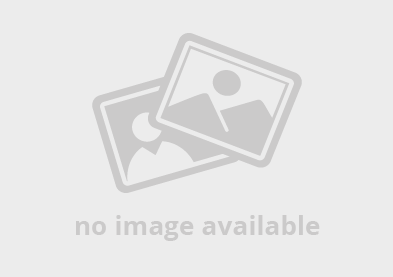 Chimaroke Nnamani (born May 1960) is a medical doctor and Nigerian politician from Enugu State. He was Governor of Enugu State[1] from 1999 to 2007. He subsequently served as a People's Democratic Party (PDP) Senator for Enugu East Senatorial District from 2007 to 2011 and was re-elected in 2019..

Nnamani, though born in Port Harcourt, hails from Nkanu West Local Government Area of Enugu State. He attended the Methodist Primary School, Enugu, and the College of the Immaculate Conception (CIC), also in Enugu. He is a graduate of the College of Medicine, University of Nigeria (Enugu Campus). He had his post-graduate training in the State University of New York and the Inter-faith Medical Center/Down State Medical Center, Brooklyn New York (Obstetrics and Gynecology). His postgraduate training and research continued at the Perinatal Biology Center, Loma Linda University, Loma Linda, Southern California; Molecular Biology and Tissue Cytology Laboratory, Jerry “L” Pettis Veterans Administration Hospital, Loma Linda, California; Department of Obstetrics and Gynecology and Perinatal Biology, College of Medicine, Loma Linda University (with specialization in maternal fetal medicine); and College of Medicine, University of South Florida.

Dr. Nnamani’s first foray in national politics was his election as the National President of the Nigerian Medical Students Association (NIMSA). He was elected Governor of Enugu State of Nigeria and re-elected for a second term in 2003. His eight years tenure witnessed many groundbreaking projects including the sprawling new permanent campus of the Enugu State University of Science and Technology (ESUT), the Enugu State University Teaching Hospital and College of Medicine at Parklane, Enugu, the Enugu Campus of the Nigerian Law School, the Ebeano Tunnel, dualization of Rangers Avenue and Chime Avenue, a new route linking Nza Street and Chime Avenue in Enugu, the new State Judiciary headquarters, the International Conference Centre, the Enugu State Building in Abuja, amongst others.

He was elected to the senate of the Federal Republic of Nigeria representing the Enugu East Senatorial District and served from 2007 to 2011 when he re-contested for the seat in the April 2011 elections but lost in controversial circumstances. He vied for the same seat again in the 2015 elections and was widely projected to win when to the consternation of the populace, his main challenger was surprisingly declared as the winner, this time provoking spontaneous mass protests that rocked the capital city of Enugu for days.

Return to the Senate

Following overtures from the Enugu State chapter of the Peoples Democratic Party (PDP), he returned to the party in 2017. Ahead of the 2019 general elections, he rested mounting speculations over his political future when he picked the senatorial nomination form of the party for Enugu East Senatorial District. At the senatorial primary election held on 2nd October 2018 he polled 601 votes to easily beat six other contestants, amongst them the then incumbent Senator Gilbert Nnaji, who polled 69 votes. He soon embarked on a vigorous street-to-street campaign that enlivened Enugu metropolis as the people surged out to cheer him up. He also took his campaign to all the development centers in the 6 local government councils of the senatorial district as well as the major markets, reconfirming his reputation as a crowd puller. In the ensuing National Assembly elections of February 23, 2019, he won with a wide margin. Nnamani scored a total of 128,843 votes to trounce his closest rival, Prince Lawrence Ozoemeka Ezeh, who garnered 14,225 votes while Uchenna Agbo of APGA came third with 1,586 votes. Nnamani has repeatedly credited his smooth return journey to the Senate to the strong backing he received from the Governor of his state, Rt. Hon. Lawrence Ifeanyi Ugwuanyi (aka Gburugburu). He received his certificate of return as a senator-elect from the Independent National Electoral Commission (INEC) on March 14, 2019 and assumed office on June 11, 2019 following the inauguration of the 9th Senate of the Federal Republic of Nigeria.

Governor Nnamani was well known for his intellectual engagements on the travails and prospects of an emerging democracy like Nigeria. His contributions to national discourse took him to the podium in different fora across the country as follows:

Nnamani wants end to discrimination against women ....pays WAEC fees for girls in his constituency